About the great awards and professional success

The first Oscar statuettes were awarded in the 1920s. At the ceremony at the Roosevelt Hotel in Hollywood, the names of the winners were clear in advance, and the event – relatively formal, without an element of surprise, special effects or show, which we are witnessing today. Nowadays, however, the ceremony is one of the most significant events in the world film calendar. Wondering why? Certainly, one of the leading factors is the significance of the award and the special sense of its importance, reinforced by the glamorous award ceremony.

When one day at the end of 2018 we at Smartink received another challenge in our work – to create an award for loyal employees of Kaufland, we admit that we also sought inspiration from the idea behind the Oscars. Namely, the idea of ​​the special feeling and the significance of the award and how to best convey everything behind it.

So, we had the difficult task of creating a creative project for a special plaque for employees celebrating 10 years in Kaufland and organizing its production. A task very challenging, but also requiring a lot of creativity and imagination.

The adventure started at the level of assignment. It was very specifically defined, but also extremely artistic – AVOCADO. Yes, the statuette had to be in the shape of an avocado! An unusual solution, carrying a strong corporate and at the same time human message in itself.

The idea inspired and motivated us extremely much. Based on the assignment, we built a concept for luxury performance in different variants, which brings a sense of gratitude and deep respect. 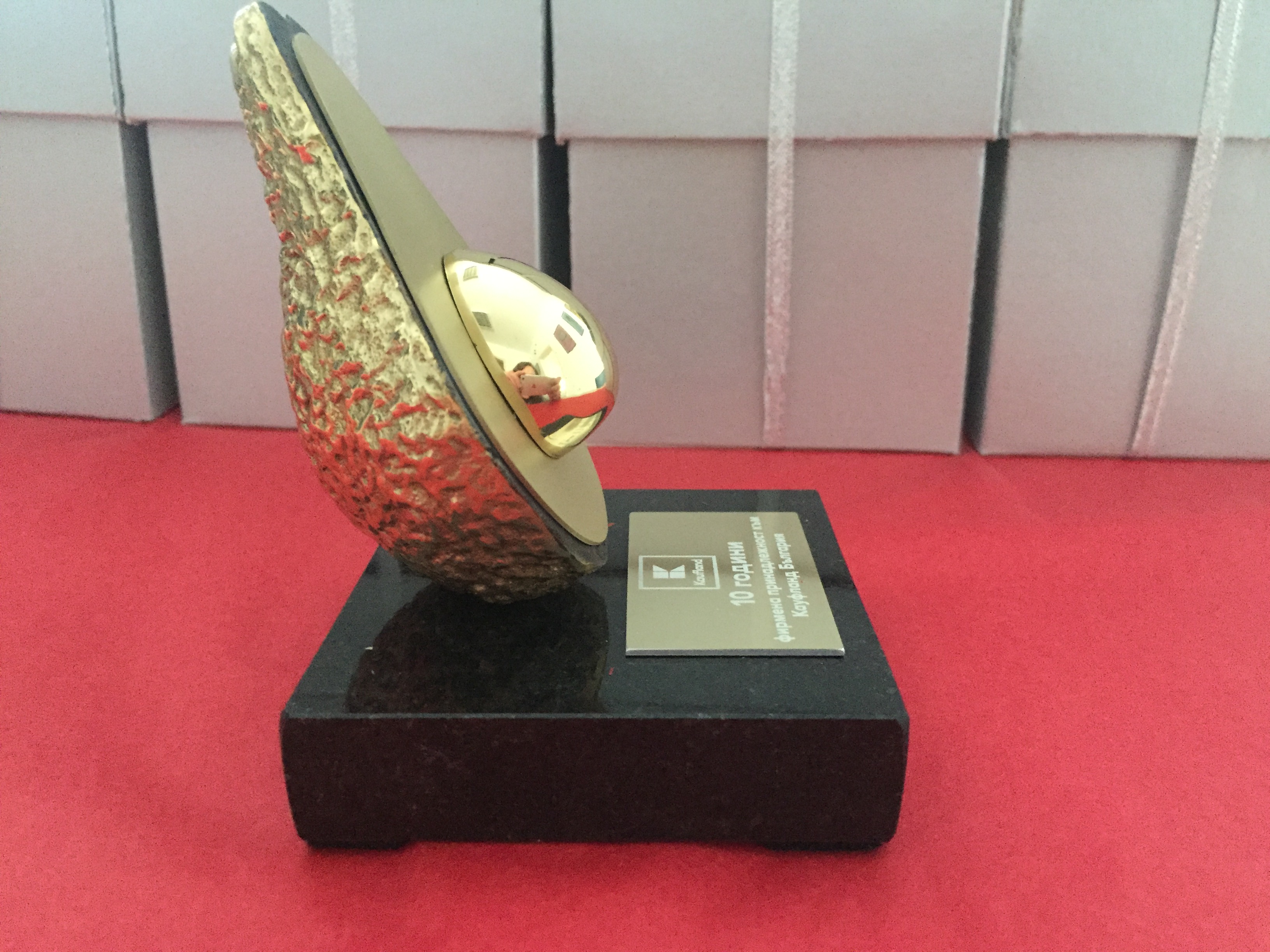 Creating a vision for a company award is not an easy task, because the project must not only send the right message, but also be consistent with the corporate identity of the brand.

One of the challenges for our team was the accurate and clear presentation of the idea to the designer of the product, who in turn knows the details of the technical implementation and has a creative look. The path from an individual visual idea to its implementation is connected with clean and detailed communication. This is the only guarantee that the final product will look and meet customer requirements.

We imagined a real avocado and mentally cut it in half. Then we made it gold and silver, recreating the texture of the bark and a beautiful nut in the middle. And since there is nothing more perfect than nature, we tried to recreate the natural beauty of the avocado. Once we had clarified what we expected from the design, we started making the sample.

We realized that we had done a good job the moment we received the prototypes, made with impressive accuracy. We offered the client several creative options: green, gold in the style of “Oscar” and silver. We were grateful that the burden of the decision would not be on our shoulders.

Each variant had its own unique element – due to the different combinations of materials, structure, shape, technology used for processing and assembly. The casting and installation of each of the elements is a manual process, which did not affect the absolutely identical and perfectly made avocado figurines as a final result. 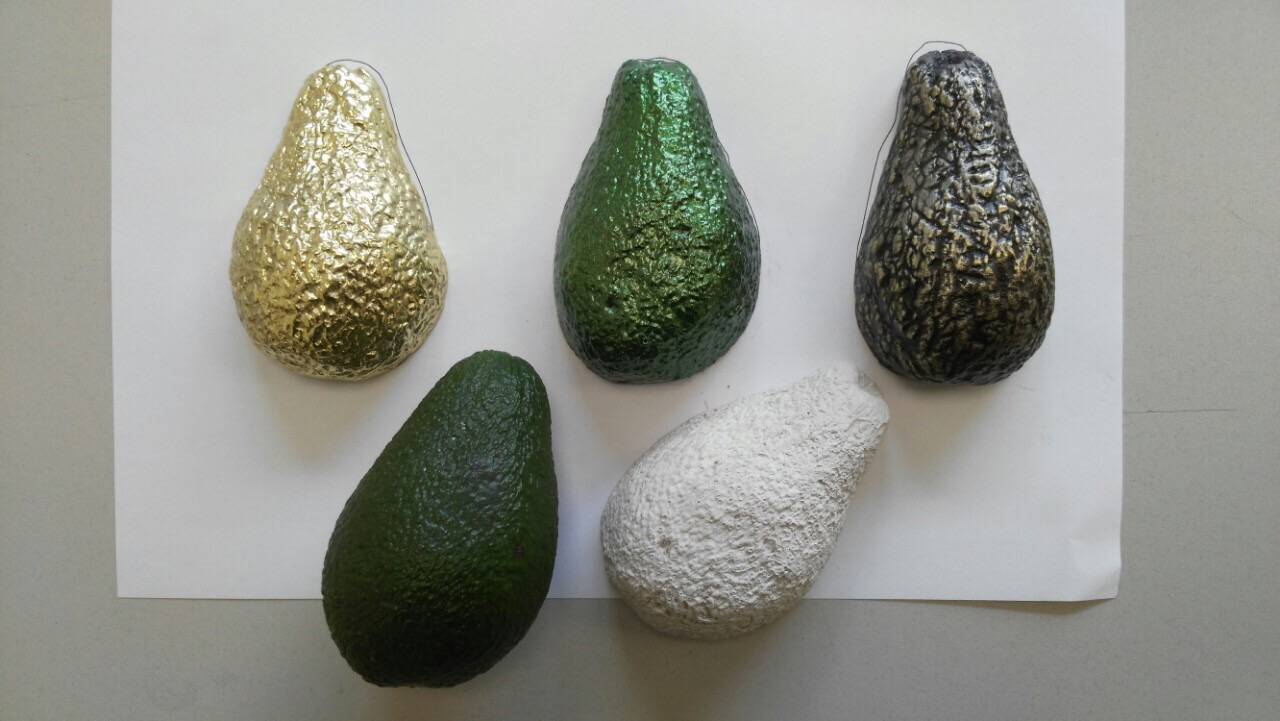 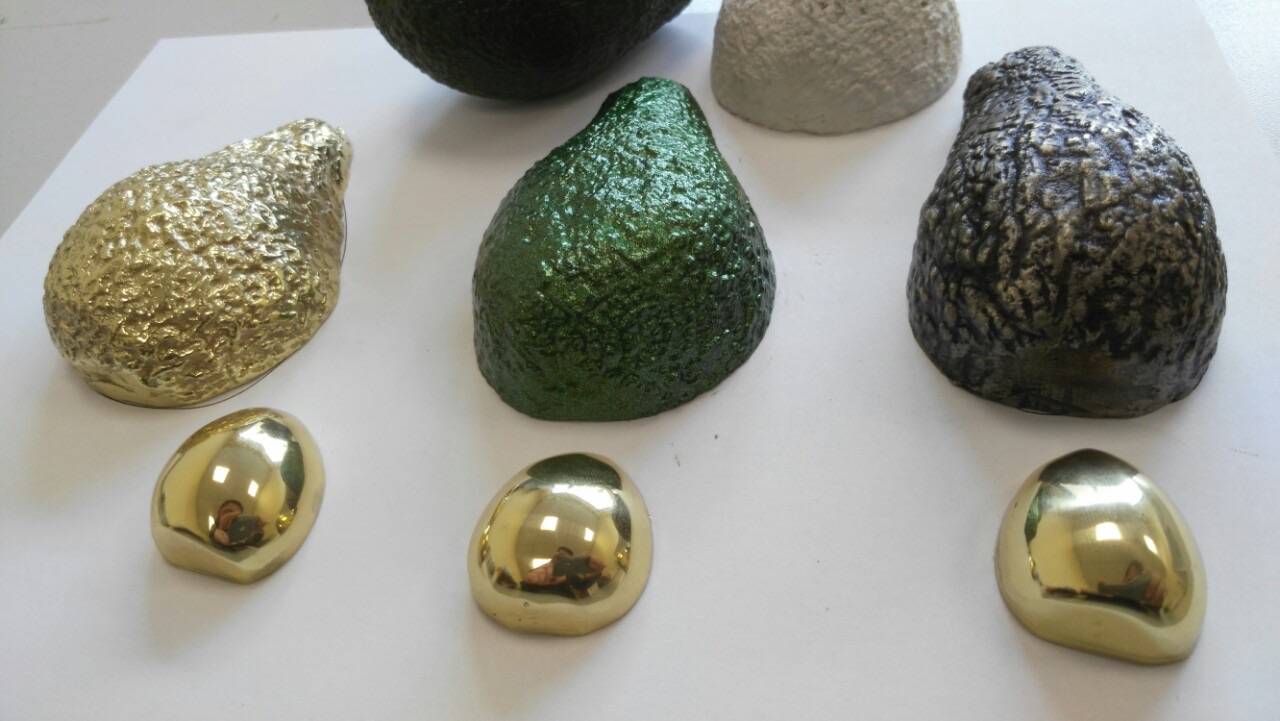 The creative part was exciting and challenging, but no less important to us were the details. All the finishing steps that lead to the complete vision of the plaque have been carefully considered and budgeted. 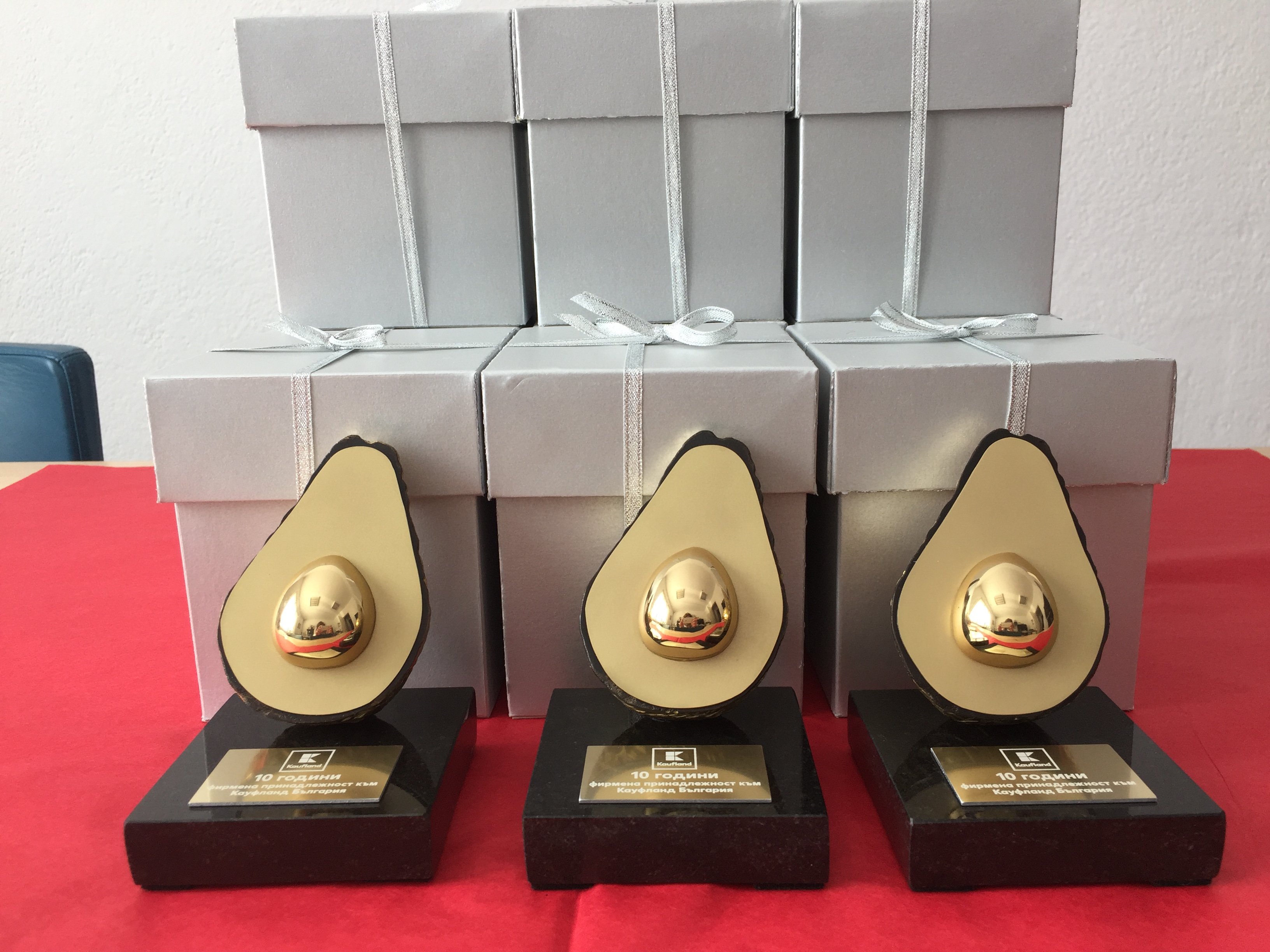 The natural and unadulterated reaction of the people who will receive the statuette would be the greatest reward for us and the efforts we put into its creation. Stylishly packed in a box with a card and silence, which will keep the surprise for a few more moments.

More than 300 employees of the company will receive their avocados this year. We hope that with our efforts we have managed to contribute to the positive emotions of the people from the Kaufland team.