Some people are born “with a silver spoon in their mouth,” which in slang means they are lucky. The rest have to work hard on the path to personal development and improvement. Fortunately, we are part of a global world. We live in an age of unlimited possibilities. We generate ideas every day, get inspired and dream about the future. Human potential is an inexhaustible resource, as long as we know how to use it. History knows many great personalities who have built huge companies with faith in their own strengths and capabilities.

In the following lines we will tell you about some of them and put together pieces of the puzzle of successfully building a business with low start-up capital and a lot of creative ideas.

The story of millions of burgers sold

We move to the distant 1948. Two brothers named Mack and Dick MacDonald set up a fast food restaurant. Their goal is to build a business based on low prices, limited menu and express customer service. The two Americans’ business would hardly have spanned the world had it not been for Ray Croc’s ingenious thinking. For those who hear his name for the first time – this is the real founder of the McDonald’s company we know today. 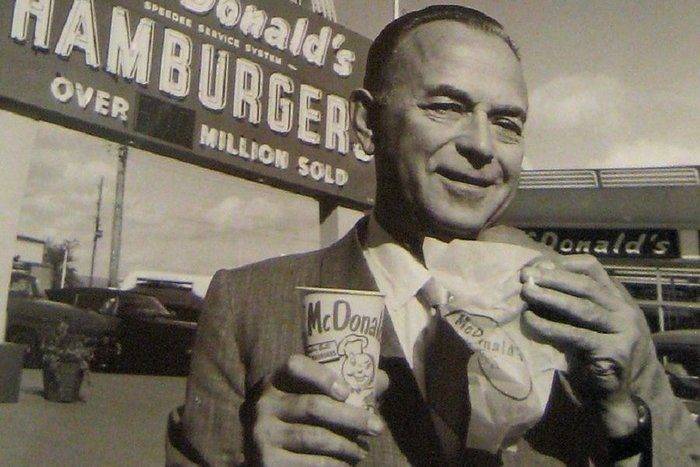 In the 1950s, Kroc cruised America as a seller of milkshakes. The lack of income due to the unsuccessful business forces him to spend his evenings in the company of a glass of whiskey and listen to motivational records in the hope that his luck will smile. The product Ray is trying to launch is about to fail, until one day the man receives an order for six machines from the MacDonald brothers. Arriving at their restaurant, Kroc is amazed by the technology for fast delivery of selected products and discovers the potential for franchise development. His ambition to build an empire by selling burgers and fries became his main goal, and he signed a contract with the owners to use their sales system and company name. A year later, Ray Croc opened his first restaurant, relying on the principles of the two brothers. A decade later, the business is growing internationally and even beyond the continent. Today, the intuition, wit and perseverance of an ordinary American citizen make McDonald’s one of the most successful companies in the food industry with over 35,000 restaurants worldwide.

The family business has given rise to many successful companies around the world. However, the thirst for power and supremacy has overturned the value system of the two brothers Adolf and Rudolf Dassler, founders of the Adidas and Puma brands. The thread became entangled in the distant 1920s. In Bavaria, the two brothers decided to make shoes to help support their families. The laundry room in their home house served as a workshop where they created orthopedic shoes and slippers from materials left over from the war. Four years later, the business grew and the first shoe factory became possible. The brothers worked in full sync, because Adolf took on the creative role and Rudolf had an excellent commercial acumen. Adidas shoes became so popular that athletes competed with them during the Summer Olympics. The company was the first to think of placing advertising messages directly in stadiums and sports facilities. 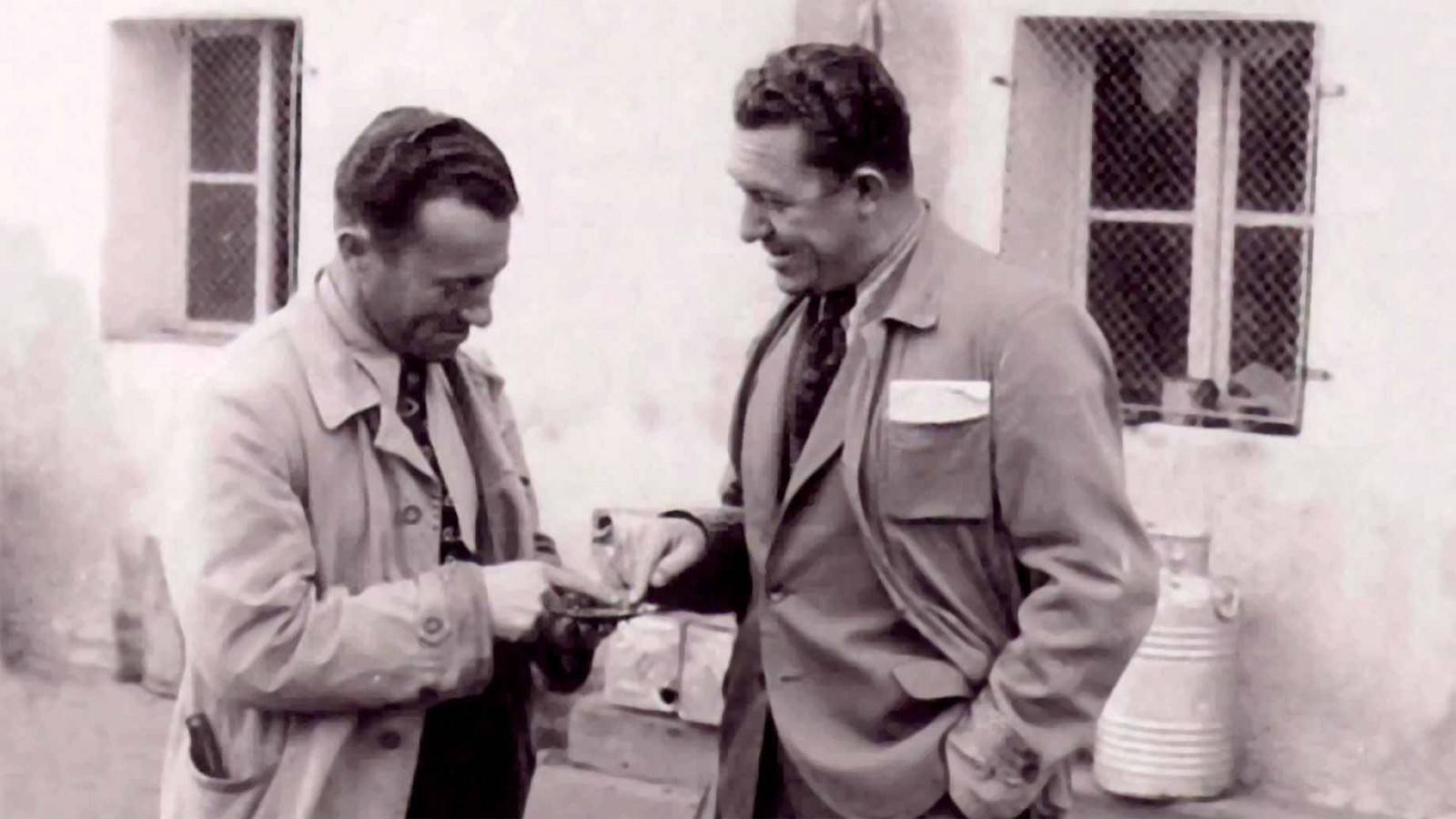 In 1939 the war began. The two brothers were mobilized and the common business declined. With the advent of peace, Rudolf was sent to a camp, and Adolf resumed production. However, an unfortunate incident in the family caused a violent quarrel between the two brothers. The head of the family, Mr. Dassler, dies, and this separates the brothers forever. Rudolf decided to start his own shoe business with the PUMA brand, and Adolf developed the Adidas brand. A real race for ingenuity and profit begins in the family. Until their death, the brothers do not come together. But the legacies they leave behind are some of the most successful companies in the sporting goods and clothing market.

Dictator of fashion in interior design

IKEA is the company that has helped millions of people realize the value of well-designed furniture and love the brand for its quality and low prices. The beginning of the company is associated with the name of Ingvar Kamprad, who had an idea to create furniture for people with disabilities. His goal was for even the rich to dream of furnishing their homes with IKEA products. Only 17 years old, Ingvar opened a furniture store and christened it with the first letters of his name and hometown. The goods in the store decided to name the places in the Scandinavian countries. 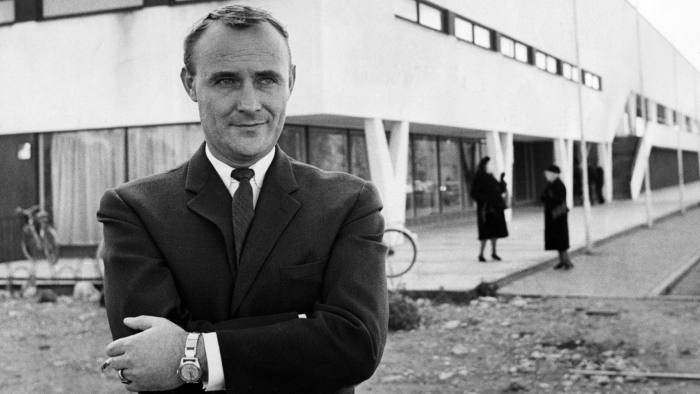 One discovery, however, revolutionized the furniture industry. In the early 1950s, Ilis Lundgren, IKEA’s fourth employee, came up with the idea of ​​furniture that was packaged in flat packages. The idea came as Ellis tried to shove a table in the trunk of her car. His discovery enabled hundreds of pieces of furniture to be transported by air around the world. This means that we now have the opportunity to buy furniture, whether we need it or not, just because of the cheap price. The success of the IKEA owner was due to the enthusiasm, thrift and modesty with which he approached when building the concept for the first store. In 2004, Ingvar Kamprad’s fortune even surpassed that of Bill Gates, and imagining that it all started with a boyish whim.

The most famous “colonel” in America

We end the series of inspirations for a successful business with one recognizable person. Harland Sanders, better known as Colonel Sanders, is the founder of Kentucky Fried Chicken (KFC). Harland first cooked chicken when he was just 6 years old. Having recently lost his father, the little boy takes care of feeding his brothers while the mother is at work. Over time, Sanders became interested in law, worked as an insurance agent, apprenticed in a smithy, and even became a firefighter. His experience in various fields proves to him that it is best to do what he really enjoys, namely cooking chicken. At the age of 40, Sanders opened his first restaurant at a Kentucky gas station. He experimented with spices and created various recipes for crispy chicken.

In 1935, the Governor of Kentucky, Ruby Lafun, honored Harland Sanders with the title of “Colonel of the State of Kentucky” for his contribution to raising the profile of the American state. One of the most ingenious ideas for promoting the brand is related to family nutrition. The colonel decides to come up with a product to feed all the members sitting at the table. This is how the iconic “bucket” of KFC was invented. Until his death, Sanders continued to create new recipes and expand the range of flavors of the brand. Today, in a total of 118 countries around the world, you can find the well-known KFC brand.

The shared stories are absolutely indicative that regardless of age or financial capabilities, anyone can start a successful business or build their own company. Arm yourself with ideas and patience and build your business plan step by step. If you lack the creativity or skills to build a successful branding, you can trust the Smarkethink team. We will offer you a complete marketing service and will take care of all the details around your new business.